This week’s cover shows a Supermarine Stranraer flying boat in flight near Eastleigh, Hampshire. This type of flying boat has two Bristol Pegasus X nine-cylinder radial air-cooled engines. The span of the flying boat is 85 feet, the length 54 ft 10-in and the height 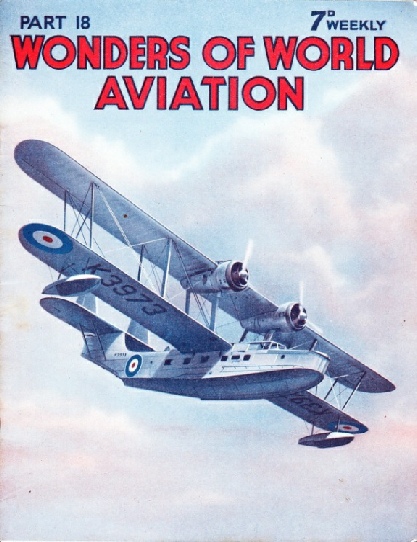 Survey in the Empire (Part 2)

How Airships Are Flown

Aeroplanes of the Great War - 1

In 1907 there was formed at Halifax, Nova Scotia, the Aerial Experiment Association. The object of the association was to build a practical aeroplane which would carry a man and be driven through the air by its own power.

France is often referred to as having been the cradle of heavier-than-air flying. To some extent this statement is true, but it tends to overshadow the valuable pioneering work done else-where. America played a leading part in the development of the aeroplane in its early days, quite apart from the Wright brothers’ achievements. Several men in America and Canada did work that was comparable with that of Bleriot, the Farmans and the Voisins.

In 1907 the Aerial Experiment Association was founded at Halifax, Nova Scotia, by five men, Dr. Alexander Graham Bell, the inventor of the telephone; Glenn Curtiss, who was to become a world-famous figure in aviation; Lieut. Thomas Selfridge; and two Canadians, F. W. Baldwin and J. A. D. McCurdy. Alexander Graham Bell was experimenting with kites, and when he decided to try to make them fly under power, he invited Glenn Curtiss to help him with a Curtiss engine.

While he was visiting Bell, Curtiss met F. W. Baldwin, McCurdy and Selfridge, and the Aerial Experiment Association was formed, and financed by Mrs. Bell. It was not a commercial concern, but an association for the general pooling of ideas. It carried out invaluable work in the early days of American flying, and it provided aviation with one of its most romantic stories. This chapter, by Miles Henslow, describes the achievements of the Association and its members.

LARGE AREAS OF WATER such as rivers, harbours and the sea are the best features by which a pilot can locate his position. This picture shows a view of the country immediately east of Shoreham airport. The aircraft is a Jersey Airways Express Air Liner which has just left the aerodrome. Pilots of private aeroplanes give way to commercial aircraft whenever possible.

INSTRUMENT INDICATIONS are photographed onto the side of each negative during an air survey. The instruments include a sensitive altimeter (an instrument which counts the exposures), a clock and sometimes a spirit level (not shown in this illustration). There is also a place in which the photographer writes the name of the subject, the approximate height of the aircraft and the focal length of the lens in use. This photograph was taken over Port Elizabeth, Cape Province, South Africa.

Survey in the Empire (Part 2)

In the British Empire about four-fifths of the total area is inadequately mapped. This chapter, by Sidney Howard, describes the work of the air survey companies used throughout the British Empire. The article is the fourth in the series on Air Photography and is concluded from part 17. (Pages 481-483)

Many readers who have been learning to fly recently have remarked on the value of these chapters on Learning to Fly, which have described simply and concisely each successive stage. This final chapter deals with that stage of the pupil’s career after he has taken his “A” licence and is ready for further dual instruction. This stage is known as “advanced dual” and includes instruction in landing, the use of the engine during the approach for a landing, forced landings in a cross-wind, cross-country flying and map-reading, the use of the compass and passenger-carrying. This chapter is by Arthur Clark and is the fifth article in the series on Learning to Fly.

How Airships are Flown

Captain J. A. Sinclair, one of the staunchest of airship supporters, contributes this chapter on the training of an airship pilot. An airship pilot must be something of a Scientist: his knowledge of meteorology must be more than merely superficial. He must undergo a longer and more arduous period of training than a pilot of a heavier-than-air machine. This intricate training and the duties of an airship pilot are described in detail in this article.

The Control Car of the R 28

THERE ARE FIVE METHODS of altering the level of an airship. The use of swivelling propellers is the most powerful of these, but this method stops the forward movement of the ship. The four other methods of level adjustment are the use of elevators, the movement of weights, the discharge of gas or ballast and the adjustment of air in the balloon. Part of the elevator control wheel is seen to the right in this illustration of the control car of the British airship, R28, built in 1918.

Great Britain’s traditional insularity was weakened if not destroyed in forty minutes on July 25, 1909, when Louis Bleriot became the first man to cross the English Channel in an aeroplane. Bleriot’s flight roused considerable interest, but for the most part it was regarded as little more than a rather daring exploit. Only a few people realized the deep significance of this feat; certainly the official mind of the day did not appreciate that this flight was to cause a profound change in defence tactics. Less than six years were to pass, however, before the first air raids were to be made on Great Britain, when the significance of Bleriot’s achievement was to be brought home more forcibly. This chapter by H. G. Castle, shows that, although Bleriot’s fame rests on his cross-Channel flight, his other contributions to aviation were no less important.

The article is the ninth in the series on Makers of Air History and is concluded in part 19.

Louis Bleriot in his Monoplane

IN THE EARLY HOURS of July 25, 1909, Bleriot’s monoplane was wheeled out ready for the Channel crossing; Bleriot himself is seen standing in the cockpit. After a short test flight Bleriot took off again and headed his machine towards the English coast. He completed his flight thirty-seven minutes later. He was escorted for the first part by a French destroyer, which was soon left behind.

A SEAPLANE GLIDER which weighed only 150 lb. Glen H. Curtiss, who is shown seated in the glider, made a number of experiments with it at Port Washington, Long Island, USA. Before taking an active part in aircraft construction Curtiss had become known for the engines he built. He supplied engines for use by Captain T. S. Baldwin in airships, and later Baldwin and Curtiss together built airships.

AN ATTEMPT WAS MADE with this aeroplane on November 5, 1908, on take off from water. The attempt, although promising, was not successful. As a landplane the aircraft was particularly successful. Originally called the June Bug, she was renamed Loon when the floats were fitted. The Loon was the first aeroplane to be placed on floats.

CATHEDRALS OR CHURCHES WITH SPIRES make good landmarks from the air, and are shown on maps by a cross. From this view of Salisbury the pilot would verify where he was by noting the position of the cathedral in relation to the river crossed by the wide road in the foreground. By thus noting one feature in its relation to another the pilot avoids the possibility of mistaking one town, railway or other landmarks for another.

A SMALL SINGLE-SEATER BIPLANE which has lines somewhat resembling those of the Tiger Moth beside it. The single-seater, called the “Currie Wot”, is a new design which has been produced at Lympne aerodrome. There are several single-seater designs which the pilot with 30 to 50 hours’ solo flying should find easy to fly. Handling types of aircraft other than the type on which he learnt to fly is good experience for a pilot.

How Airships Are Flown

THE LANDING CREW waiting for the Goodyear airship Puritan to reach the ground. This photograph, taken at Chicago on the occasion of the Exposition in 1930, shows how an airship may be manoeuvred into a small space. The Puritan, built in 1928, with an original volume of 96,000 cubic feet, was later increased to 123,000 cubic feet. She has two engines of 290 horse-power, a cruising speed of 53 mph, and carries six passengers with a crew of two. By June 1936 she had flown 407,704 miles and carried 44,398 passengers without an accident. 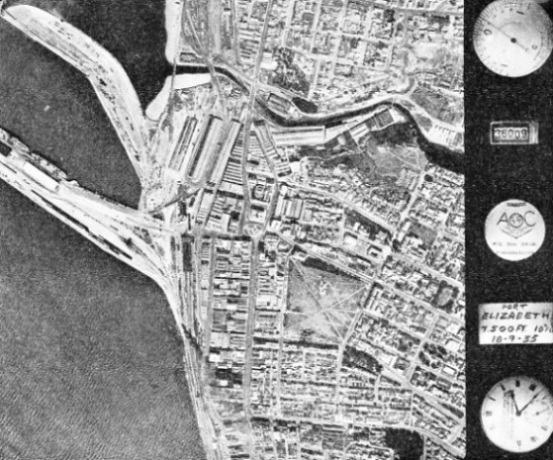 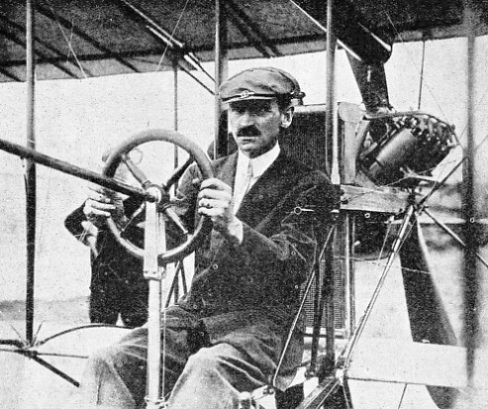 GLENN H. CURTISS, a prominent member of the Aerial Experiment Association, which was formed by five men in 1907 at Halifax, Nova Scotia. The object of the association was to build a practical aeroplane which would carry a man and be driven through the air by its own power. Curtiss is shown in this photograph at the controls of an aeroplane in 1910. 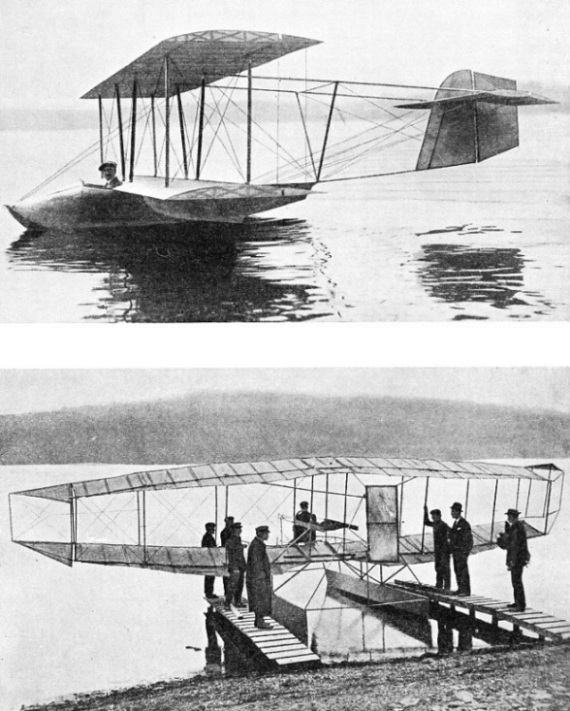 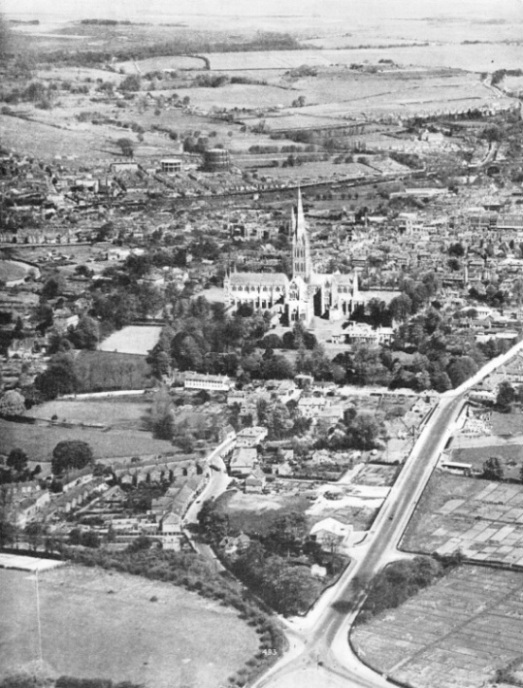 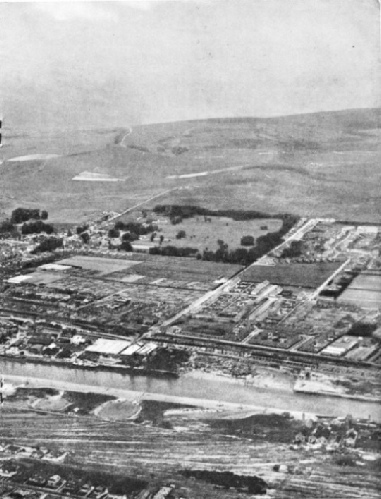 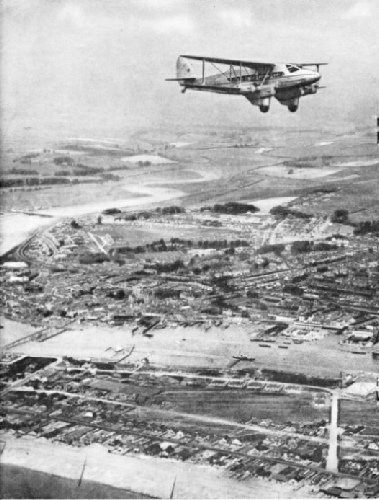 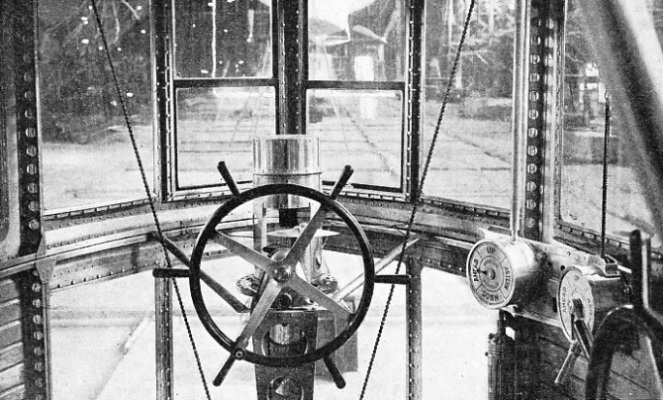 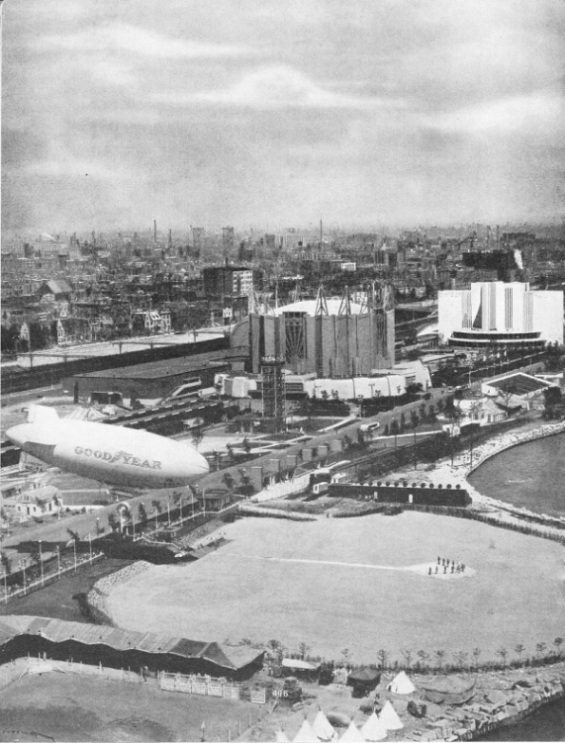 Aeroplanes of the Great War - 1

The Royal Naval Air Service and the Royal Flying Corps were using in 1914 aeroplanes both of home and of foreign origin. At that time, although there were numerous aircraft builders in Great Britain, there were few manufactures of aero engines. The aircraft of both Services were, therefore, powered almost exclusively by engines manufactured on the Continent. At the beginning of the war of 1914-1918 both flying Services were in a chrysalis stage, for aviation had not yet emerged as an effective arm. Admiralty and War Office departments responsible for the two air Services, the officers commanding units and the pilots themselves were all feeling their way towards the development of naval and military aviation. This chapter, by Captain Norman Macmillan, describes the machines of the RNAS and the RFC at the beginning of the war. It is the first article in the series Aeroplanes of the Great War. 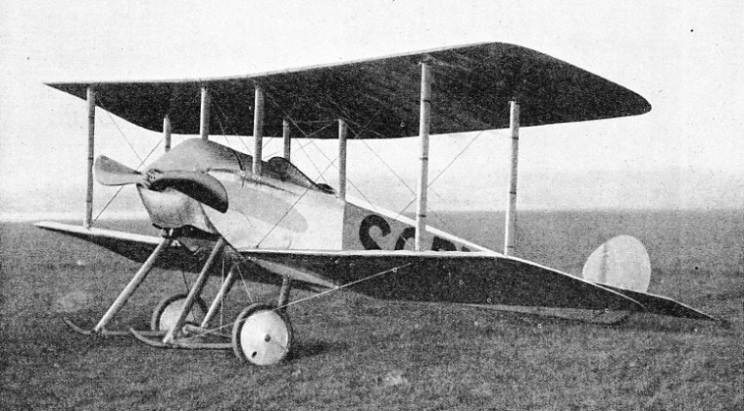 WHEN THE ROYAL FLYING CORPS went to France during the war, four Sopwith Tabloid machines - one of which is illustrated above - were among the aeroplanes sent out to form an Aircraft Park from which replacements could be drawn. The Tabloids, which were fitted with 80 horse-power Gnome engines, were transported in cases. The speed of these single-seater tractor biplanes was 92 miles an hour at sea level. The remainder of the machines for the Aircraft Park were flown to France.