This week’s cover shows an early Voisin biplane of the type used about 1907 by Henri Farman. On October 3, 1907, this aviator made a record endurance flight in France of nearly three-quarters of an hour. The record stood for nearly a year. 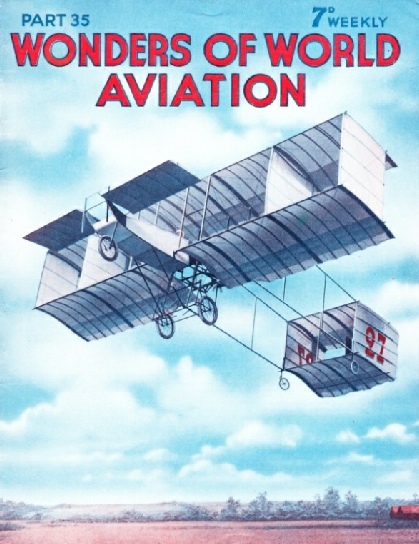 This chapter by D. A. Russell, describes how lightweight flying models are built for use in distance flying competitions. The general design of a duration type model is similar in many ways to that of a full-size aeroplane, which is fully described in this article.

The conclusion of this chapter by H. G. Castle, telling the story of one of the most interesting and remarkable figures in the story of aviation, Anthony Fokker. The article is the fourteenth in the series Makers of Air History and is concluded from part 34.

THE POWER PLANT OF THE PBY machine, of which the starboard engine top is shown, comprises two Pratt and Whitney engines, of 1,000 horse-power each, or two Wright Cyclone engines of equal output. The latest boats are fitted with 1,000 horse-power Pratt and Whitney Twin Wasp fourteen-cylinder radial air-cooled engines. Fuel tanks are made integral with the structure of the centre section; this arrangement reduces weight.

THIS FOUR-ENGINED LONG-RANGE PATROL BOMBER is of the XPB2Y-I type. It was completed in June 1938, and was given comprehensive tests by the US Navy Department. The aircraft is powered by four Pratt and Whitney engines and is regarded as the fastest flying boat yet built. Consolidated flying boats have been supplied to the US Navy since 1928, when the Admiral, officially designated XPY-I, was completed at Buffalo, N.Y. The type was designed for two or three engines.

This chapter deals with flying boats made by the Consolidated Aircraft Corporation of San Diego, California, for the United States Navy. So successful have been these flying boats that the US Navy has made an important change of policy. Since October 1, 1937, patrol aeroplane squadrons have taken the place of destroyers in the Scouting Force. Destroyers have thus been released for service with the Battle Force. Long formation flights have been made by Consolidated flying boats. In January 1937 twelve patrol bombers flew 2,553 miles in formation from San Diego to Pearl Harbour, Honolulu. This article is written by J. Maurice Ruddy.

The story of the Canadian aviator, William Avery Bishop, who attacked an aerodrome single-handed and who was officially credited with seventy-two victories. This article is by Major Oliver Stewart, and is the fourth article in the series Epics of Service Flying. 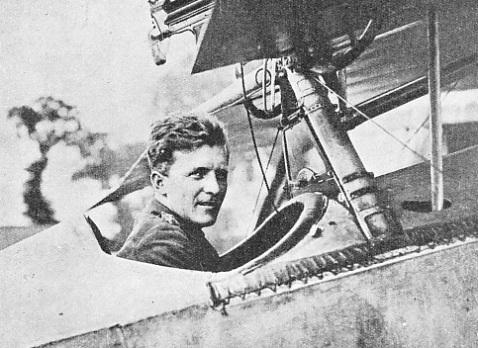 A HORIZONTALLY ROTATING PROPELLER enables this aircraft to rise straight up from the ground. This machine, the invention of a German engineer named Zaschka, has been successfully tested at the Berlin Central Aerodrome. The power plant is a 300 horse-power engine.

THE GENERAL DESIGN of a duration type model aeroplane has many pints of similarity to the design of a full-size aeroplane. Wooden frameworks are built for the fuselage and wings and are covered with special tissue paper which is drawn taut by shrinkage. The wings obtain their lift from a true aerofoil section and are built up of ribs attached to spars.

THE SIDE UNIT OF THE BEACHING GEAR has large pneumatic tyres permitting operation from sandy beaches. The provision of this gear, which may be stowed entirely within the hull, makes the boat suitable for survey flights, exploration or service requiring operation from a temporary base not equipped with the usual beaching facilities.

THE FOKKER MONOPLANE was used in large numbers by the Germans during the war. The first type was produced in 1915 and was faster than any other German or Allied design at the time. It had a machine-gun synchronized to fire through the propeller and was powered by an eighty horse-power rotary engine. The speed was seventy miles and hour.

A TAKE-OFF IN 18 SECONDS is achieved by the PBY flying boat. Aircraft of this type can take off and alight in rough weather in the open sea.and they are capable of taking off on one of their two engines. The attested maximum speed at 12,000 feet is 194 miles an hour. The span is 104 feet, the length 62 ft 6-in and the height 18 ft 6-in.

Gipsy is the description given all aero engines made by the De Havilland Company. Gipsy engines had a meritorious beginning in 1927, when the first one to be designed established a world speed record for light aircraft of 187 miles an hour. In the ten years that followed this achievement nearly 6,000 Gipsy engines were produced and the number is continually increasing. The De Havilland types range from four-cylinder in-line to twelve-cylinder V engines and have done duty in all parts of the world. This chapter is by Arthur Clark and is the fifth article in the series on Modern Aero Engines.

The story of the retired German Major-General, Count von Zeppelin, who became world famous as an airship designer. This chapter is by Captain J. A. Sinclair and is the fifteenth article in the series Makers of Air History.

ZEPPELIN’S FOURTH AIRSHIP, the LZ4, leaving Manzell, Lake Constance. On her first trip, in 1908, the Zeppelin flew over the Alps from the Lake of Constance to Lucerne and back. This flight aroused enthusiasm in Germany and an official duration flight was arranged. Engine trouble, however, compelled a forced landing in stormy weather. The airship could not be controlled by the ground crew and was wrecked.

THE GIPSY MAJOR ENGINE in its Series I form is used on numerous light aircraft. It is an inverted engine with four cylinders in line and develops 130 horse-power at 2,350 revolutions a minute. The recommended overhaul period this air-cooled engine is as long as a thousand hours. A compression ratio of 5·25 to 1 makes this unit suitable for use with the most high-grade motor-car petrols.

An aircraft which will rise vertically from the ground and sustain itself in flight without forward motion has been the dream of inventors since the time of Leonardo da Vinci. For the past thirty years the dream has been supported by the knowledge that it is possible to lift a flying machine into the air by means of airscrews rotating in a horizontal plane. This chapter, by T. Stanhope Sprigg, describes the attempts to solve with the helicopter the problem of vertical flight. The article is concluded in part 36. 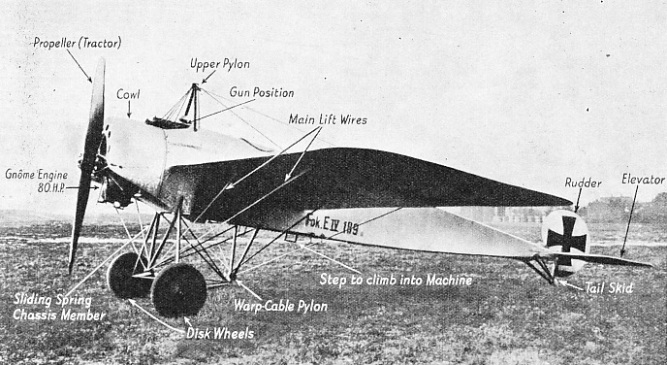 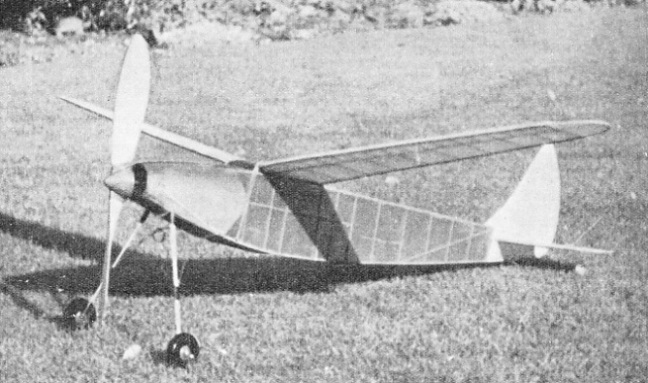 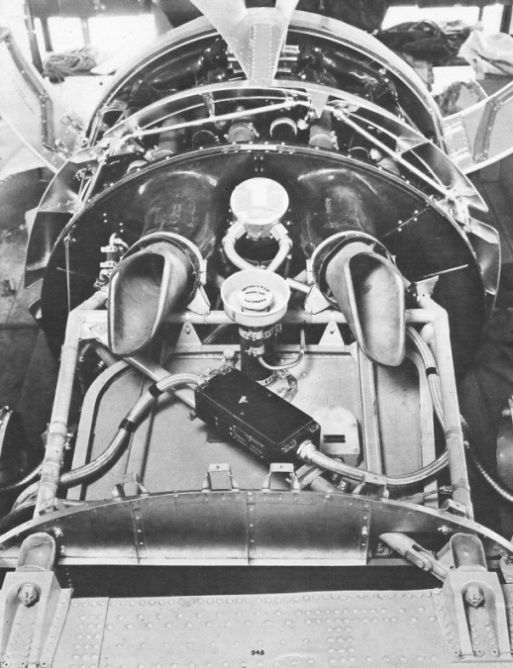 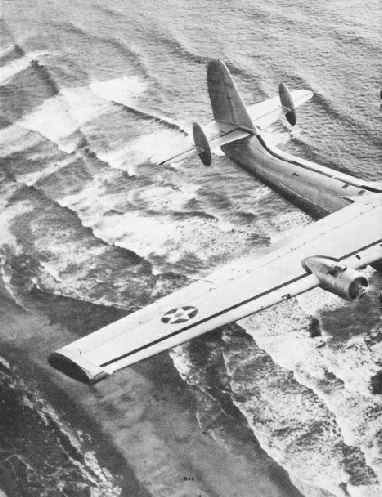 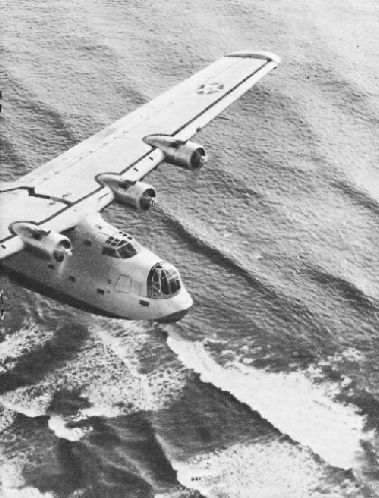 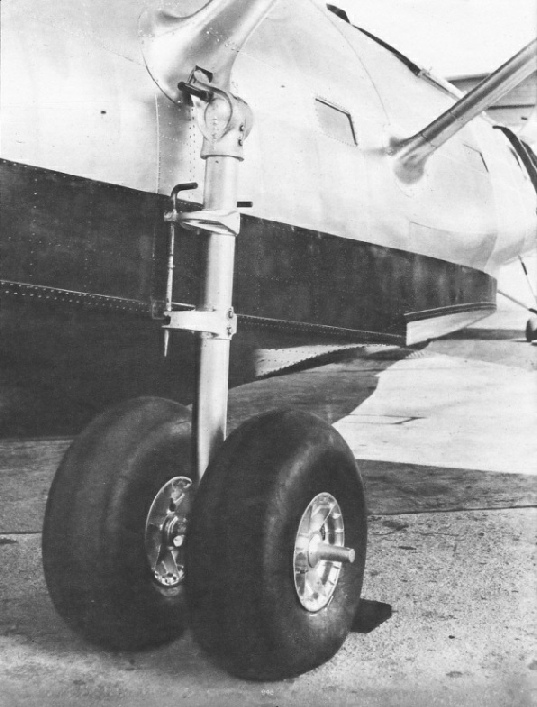 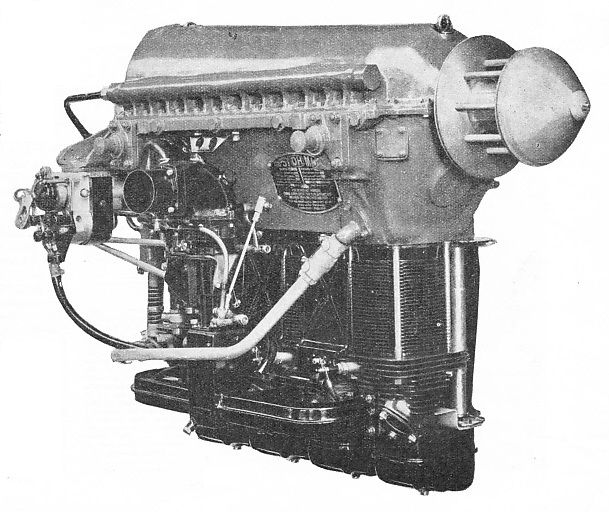 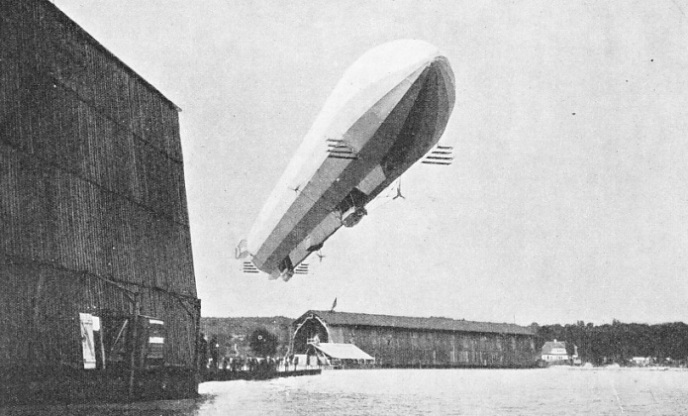 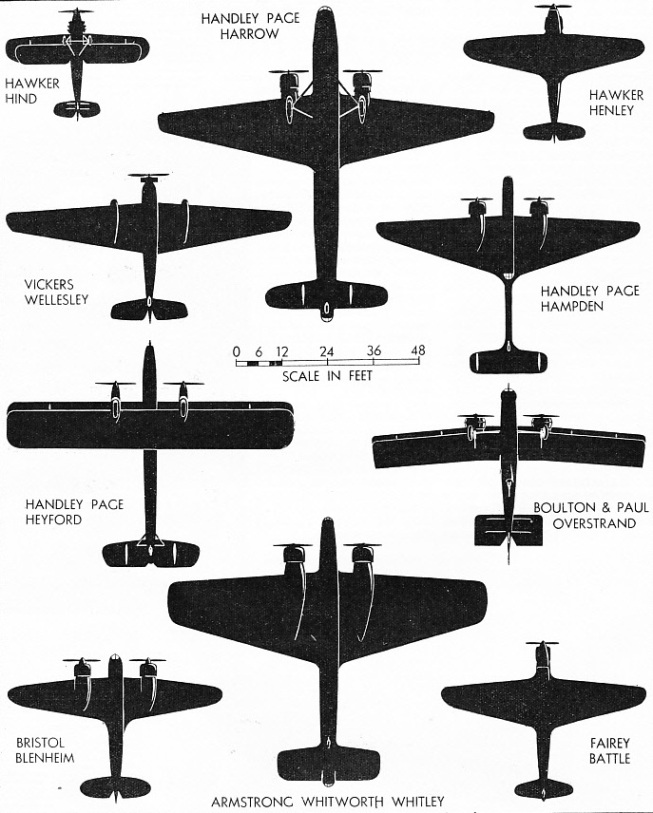