This part included a central photogravure supplement showing the flight over Mount Everest which illustrated the article Over Everest By Air.

There are no editorial notes about this cover, which shows a biplane performing aerobatics. 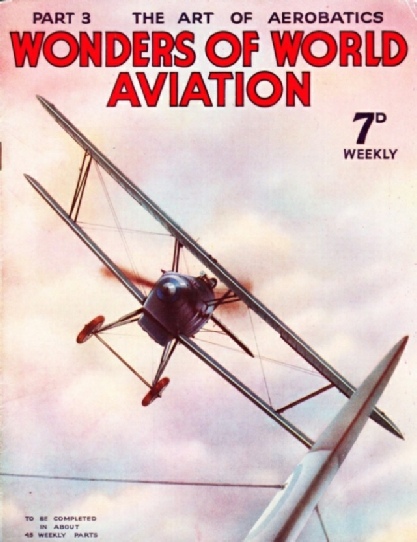 Round the World in Eight Days (Part 2)

The Art of Aerobatics

Over Everest By Air (photogravure supplement)

The Father of British Aeronautics

Sizes of Civil and Military Aircraft

The Art of Aerobatics

You can read about Formation Flying in part 10.

A directional device for guiding pilots to airports. A form of directional radio known as “homing radio” has been developed for use in aircraft, and on introduction was termed the Marconi-Robinson Homing System. It derives its name from the attributes of the homing pigeon. This chapter is by Arthur Clark.

INFRA-RED PHOTOGRAPH of the peak of Makalu taken from more than a hundred miles away. The summit of Everest was concealed behind a bank of cumulus clouds. The photograph was taken during the second flight to Everest on April 19, 1933.

Over Everest By Air: Photogravure Supplement - 2

APPROACHING EVEREST on April 19, 1933. The long plume, known as the rafale, distinguishes the summit of Everest. The peak of Makalu, which is twelve miles from Everest, can be seen behind the rear wing strut. The angle of the wings shows the strength of the drift due to a high wind velocity of about 110 miles an hour. The clouds are at a height of 18,000 feet.

Over Everest By Air:

OVER THE SOUTHERN PEAK,  about three minutes’ flight from the summit of Everest. The photograph was taken from the Westland Wallace, and shows the Houston-Westland aeroplane. A thick blanket of cloud which stretched to within about fifteen miles of the foot of Everest prevented measurement of the drift. The aeroplanes were thus carried farther west than had been intended.

The Father of British Aeronautics

The first scientist who paid serious attention to the problems of mechanical flight and who tried to explain in mathematical terms the fundamental principles of mechanical flight was Sir George Cayley (1773-1857). He was born in 1773, and his interest in aeronautics was inspired in his boyhood by the Montgolfiers’ achievements with the balloon. This chapter provides a biography of Sir george cayley and was written by H G Castle. It is the second article in the series on Makers of Air History.

Round the World in Eight Days (Part 2)

One of the most outstanding flights of recent years was that of the Winnie Mae, a small monoplane in which the late Wiley Post and Harold Gatty flew round the world in eight days sixteen hours. This chapter is by L H Thomas, and is concluded from part 2. It is the first article in the series Great Flights.

The Sizes of Civil and Military Aircraft

THE SIZES OF CIVIL AND MILITARY AIRCRAFT vary considerably according to the purposes for which they are designed. For purposes of comparison, examples of some of the main types are given in this diagram, which shows the plan and elevation drawn to scale. Approximate dimensions in feet can be ascertained by reference to the scale in the top right-hand corner of the diagram. The wing span of the Short Empire transoceanic flying boat, for instance, with the scale, shows this to represent about 112 feet, which is within 2 feet of 114 feet, the actual length of this aircraft. Similarly, the overall length of the Handley Page Heyford night bomber is shown to be 56 feet.

How British aviators turned an ambition into a triumphant reality. The idea of flying over the summit had attracted many pilots, but for long their ideas remained mere dreams. No engine was capable of lifting an aeroplane to such an altitude in such conditions. The day came, however, in 1932, with the production of the first models of a new experimental engine - the Bristol Pegasus. It was not long before at least one man realized that the Pegasus was an engine that would turn dreams into reality. This chapter is by L H Thomas and tells the story of the 1933 expedition and of the aviators involved: Lord Clydesdale, Lieutenant-Colonel Stewart Blacker, Flight Lieutenant D. F. McIntyre and Mr. S. R. Bonnett. This the second in the series on Great Flights.

You can read more on the Pegasus engine in Wonders of World Engineering.

A short documentary film, Wings Over Everest, was released in 1934. 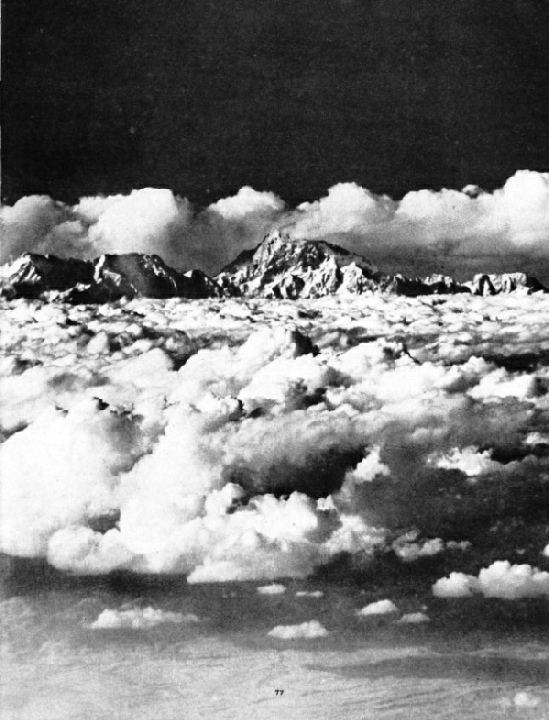 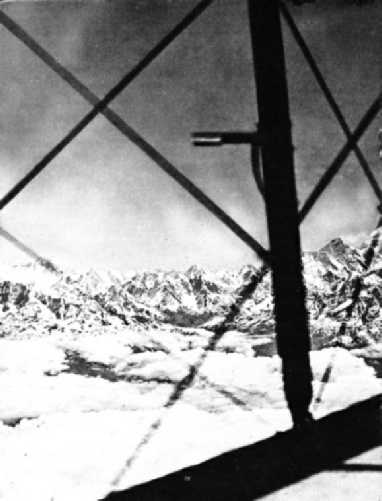 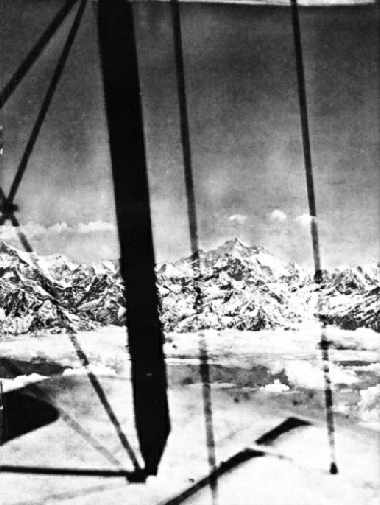 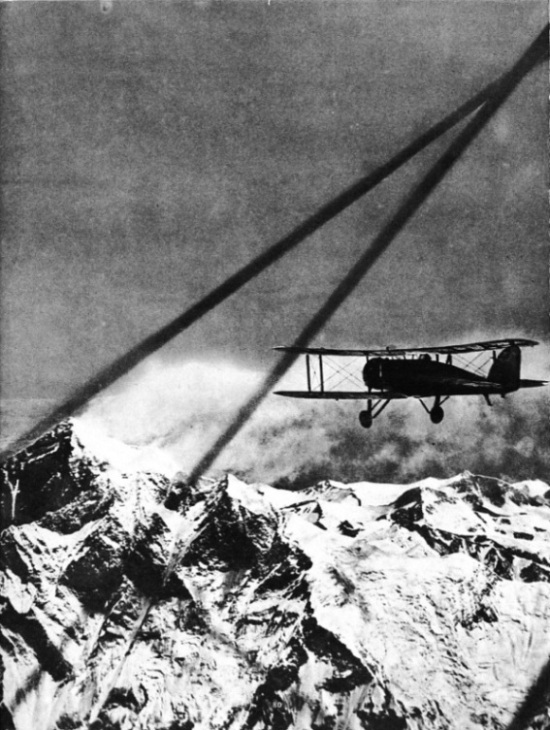 Every member’s life has been saved by a parachute. The Caterpillar Club is a fraternity of about 1,700 men and a few women, of many nationalities, whose lives have been saved by the Irvin Air Chute. It is not a club in the normal sense of the word, as the members do not meet for social occasions. There are no fees, no rules and no headquarters. The only tangible sign of the club’s existence is a gold pin bearing a caterpillar design. This chapter is by Sidney Howard and the article is concluded in part 4.