This part included a central photogravure supplement showing various types of airship which illustrates the article Types of Airship.

There are no editorial notes about this cover, which shows a propeller and engine of an unidentified aeroplane. 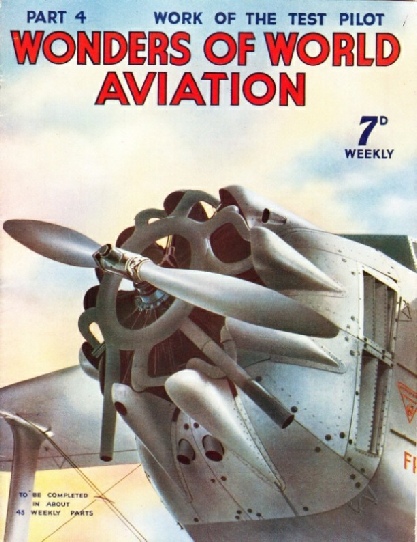 Work of the Test Pilot

Conquest of the North Atlantic (Part 1)

Work of the Test Pilot

Proving new types of aircraft and new models of existing types. The most important part of the test pilot’s job is the testing of prototypes, or first machines of new types of aircraft. He has not only to assure himself that the aeroplane is right in every particular, but he has to be completely satisfied in his own judgment. In other word, he must know that the new type is not defective in any way. C S Staniland, himself a test pilot, describes the work of those important members of the aviation fraternity.

A young pilot whose skill, courage and resource made him a national hero. This brief chapter, by Clarence Winchester, is on the late Captain Albert Ball, VC, with whom the Editor became associated at Hendon aerodrome in 1915. The author is indebted to Sir Albert Ball, of Nottingham, his father, for certain of the information in this contribution. This is the first article in the series Epics of Service Flying.

RIDING AT HER MOORING MAST at Cardington, Bedfordshire, the British rigid airship R 101. This airship marked several departures from previous practice. Her five engines were Beardmore Tornado heavy-oil engines working on the compression-ignition system. They provided heavier than had been estimated and an additional gas compartment was incorporated to increase the lift, giving a total capacity of 5,500,000 cubic feet and a final length of 777 feet. The R 101 was wrecked in France on October 5, 1930.

GRAF ZEPPELIN at Frankfurt-am- Main, Germany. Launched in 1928, the Graf Zeppelin ha many remarkable performances to her credit, including a number of cruises to South America and a flight round the world. She is 772 feet long and has a maximum diameter of 100 feet, her capacity being about 3,710,000 cubic feet. The German type of transporter mast will be noted.

THE INTERNAL STRUCTURE of the R 101 consisted of fifteen main longitudinal members with as many intermediate longitudinals between them. The main transverse frames, of which there were also fifteen, were of deep triangular section. Steel tubing was extensively used.

This chapter, by H G Castle, provides biographical infor-mation on Lieut.-Colonel Moore-Brabazon. It is the third article in the series on Makers of Air History.

Conquest of the North Atlantic (Part 1)

The first non-stop flight from the New World to Europe, the historic achievement of the late Sir John Alcock and Sir Arthur Whitten Brown. This chapter recalls the superb feat of Captain John Alcock and Lieutenant Arthur Whitten Brown. In June 1919 they flew a Vickers Vimy biplane form St John’s, Newfoundland, to Clifden, Ireland. Through fog and sleet, they flew 1,960 miles to make the first direct, non-stop flight across the North Atlantic. This chapter is by

H G Castle, and is concluded in part 5.

Writing in the Editorial to this part, Clarence Winchester wrote, “I always think of Alcock with some affection, for I knew him well; and it was he who gave me one of my earliest flights before the war of 1914-18 - on a Sunbeam engined Maurice Farman at Brooklands, Surrey. I suppose it is true of most of us that our earliest flights are memorable. Alcock was a quiet and thorough English character with none of the spectacular about him. To me, at least, it was no surprise that, with the co-operation of Whitten Brown, he succeeded in making the Atlantic flight, difficult as that task was known to be. To many he is only a legendary figure and to some his name is hardly known, but he was a great figure in the comparatively early days of British aviation.”

This is the third article in the series Great Flights.

Problems that have been solved in light-than-air design. The three types of airship, rigid, semi-rigid and non-rigid are the outcome of the solutions by airship pioneers of various early difficulties. One of the chief obstacles that had to be overcome was the problem of attaching a car to a streamlined gasbag, making the car a reasonable length yet adding as little as possible to weight and resistance. This chapter is by Captain J A Sinclair and includes a photogravure supplement.

The story of the Caterpillar Club, a fraternity of about 1,700 men and a few women, of many nationalities, whose lives have been saved by the Irvin Air Chute. This chapter is by Sidney Howard and the article is concluded from part 3. 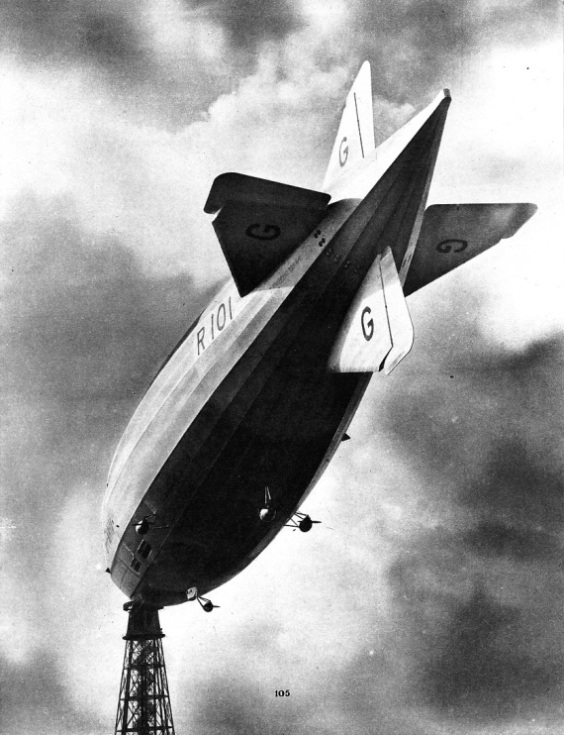 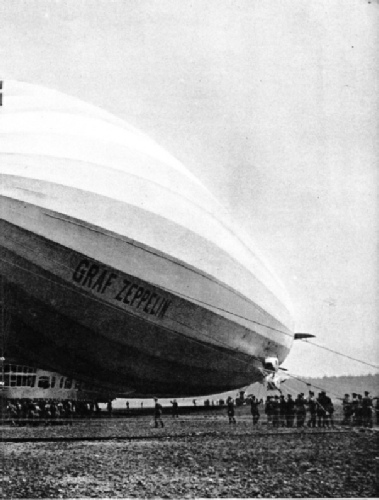 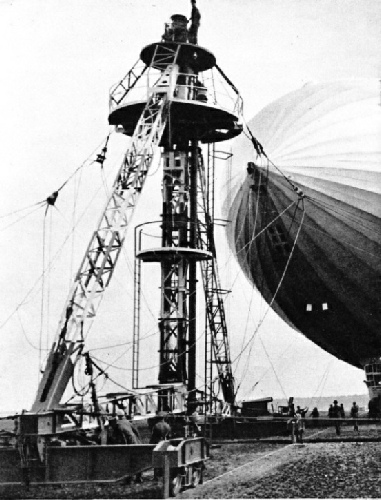 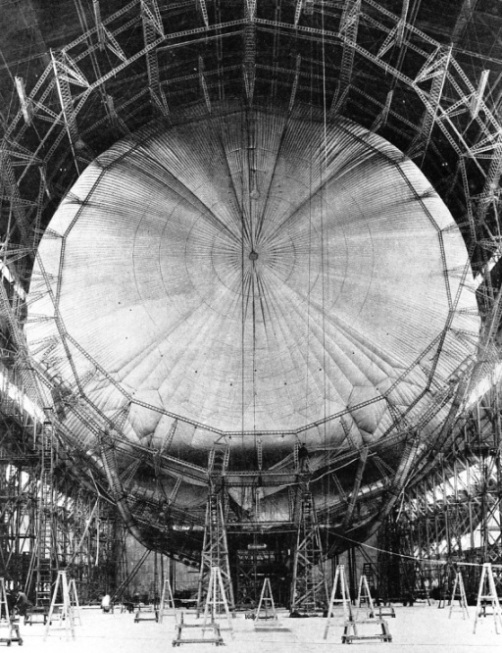