This week’s cover shows the service overhaul at Croydon of an engine of a Handley Page Heracles type biplane. 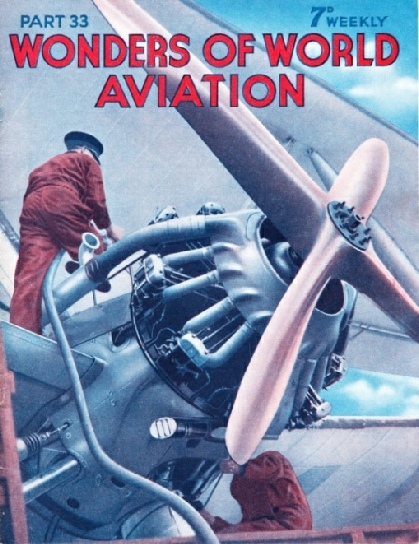 The Tipsy two-seater light aeroplane is a unique aircraft. It is the only open side-by-side seating monoplane available in Great Britain at present. The prototype was designed by E. O. Tips, Manager of the Fairey Aviation Company’s Belgian factory. This chapter, by Arthur Clark, describes this monoplane which has a top speed of over 100 miles an hour. This is the third article in the series on Light Aeroplanes.

Evolution of a British Aircraft Carrier

Triumph and Tragedy in the Arctic (Part 1)

The conclusion of this chapter by H. G. Castle, telling the story of “the world’s finest pilot”, Sir Charles Kingsford-Smith. It is the thirteenth article in the series Makers of Air History. The article is concluded from part 32.

A COLLAPSIBLE RUBBER DINGHY was among the marine items of equipment which were carried. Other marine items included extra mooring lines, a special stainless steel mooring bridle and two drogues or sea anchors. Engine and aircraft spares and tools weighed nearly 330 lb; there were some 40 lb of wireless spares and bout 250 lb of photographic gear.

BUILT AT ROCHESTER, Cobham’s seaplane was of Short design with Bristol Jupiter XI F engines. The wing span was 107 feet, the length 70 ft 5-in, and the height 25 ft 5-in. The petrol tanks held 490 gallons of petrol, which gave a range of about 500 miles in all ordinary conditions at a cruising speed of about 100 miles an hour.

The story of Sir Alan Cobham’s early flights have emphasized the keen interest which attaches to those great achievements of pioneer Empire flying. In this chapter, by P. R. Bird, the story of these exploratory air journeys is continued with details of Sir Alan Cobham’s survey by seaplane of a route to the inland lakes of Central Africa. This is the third article in the series on Cobham’s Pioneer Empire Flights.

The enormous success of the Civil Air Guard has brought me many letters of inquiry about the other organizations that act as a reserve for the Royal Air Force. There seems to be some slight confusion as to the duties of these organizations. The Civil Air Guard differs from the R.A.F. Volunteer Reserve in that it calls for no duties of a military nature during peace-time, although what its duties would be in the event of war are not clearly specified. The R.A.F. Volunteer Reserve requires candidates to attend week-end training on alternate week-ends and also to train for two nights a week, and to attend a fifteen-days’ course every year. The Volunteer Reserve is open to men in civil life who are prepared to give up some of their leisure time to train as pilots. All men are normally entered as sergeants, and it is not necessary for anyone to have had any previous flying experience. For those who are prepared to sacrifice some of their free time and to undertake certain obligations, the R.A.F. Volunteer Reserve offers first-rate opportunities for young men to learn to fly at no cost to themselves. In this chapter, Arthur Clark deals with the R.A.F. Volunteer Reserve and also with the regular R.A.F. Reserve.

Triumph and Tragedy in the Arctic (Part 1)

Roald Amundsen made several aeroplane flights in the North Polar regions before his successful voyage in the airship Norge over the North Pole to Alaska in 1926. In this chapter, Major A. P. Sinkinson describes the flight of the Norge and deals also with the last voyage of the Italia, sister ship of the Norge. The article is concluded in part 34.

THE ITALIA LEAVING KING’S BAY, Svalbard, on May 23, 1928 for her flight over the North Pole, which she successfully reached at 2.20 am on May 24. On the return journey the airship crashed against the ice. She left her gondola behind and then drifted off with six men on board. These men were lost, but those in the gondola were later rescued.

THEE PILOT SITS ON THE LEFT of the Tipsy and the passenger or flying instructor on the right. The passenger’s seat is staggered backwards in relation to the pilot’s seat, so that the width of the fuselage will not have to be undesirably wide. An inverted Mikron engine of sixty-two horse-power permits the pilot an excellent forward view.

DISCUSSING DETAILS OF A FLIGHT before taking off in an advanced training type of aircraft. The aeroplane is a Hawker Hart Trainer to which Volunteer Reserve pilots graduate after they have completed a fifty-hours’ flying course on an elementary trainer. After that, as far as possible, all their training is carried out on military types of aircraft, and some pilots do as much as 150 hours’ flying in a year.

Kingsford-Smith After his Record-Breaking Flight in 1933

KINGSFORD-SMITH TAXYING IN after his record-breaking flight from England to Australia in 1933. On this flight he flew solo in a Percival Gull machine named Miss Southern Cross. He took off from Lympne on October 4 and reached Australia in seven days four hours forty-three minutes. For this flight he received a grant of £3,000 from the Government.

MOORING THE VALETTTA at Marseilles (Marignane Airport) which was reached on the second day of the outward flight. One member of the crew was in charge of all mooring, and also of the maintenance of the aircraft. Including Cobham, who acted as pilot-navigator throughout the whole flight, there were six men on board the Valetta. The other four acted individually as mechanic, wireless operator, cinematographer and photographer. Although each man had his own duties, he assisted, when required, in other tasks.

Evolution of a British Aircraft Carrier

In this chapter Captain Norman Macmillan describes the various types of floatplane and flying boats used during the was of 1914-18. The number of types used was largely made up by variations of basic designs. For instnace, in August 1914, the Royal Naval Air Service had 31 seaplanes of twelve different types. They wer built by six different firms and all were powered by foreign engines of eleven different types made by five different factories. This is the sixth article in the series Aeroplanes of the Great War.

SHORT TORPEDO-CARRYING SEAPLANE, the S.184, which had a 225 horse-power engine. This aircraft type was designed in September 1914 and with various modifications was built in large numbers during the war. One of the S.184 seaplanes was the only aircraft used by the British forces during the naval battle off Jutland on May 31, 1916, when it carried out valuable scouting duties. 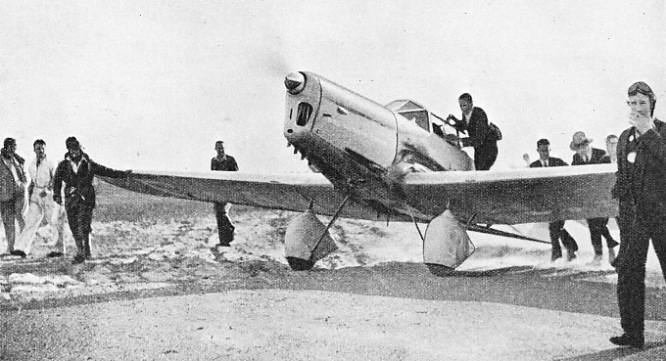 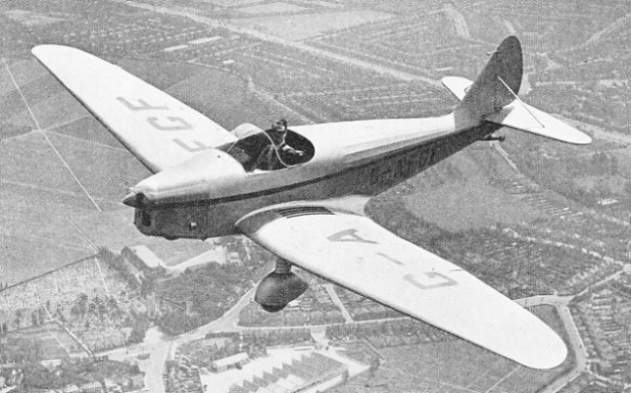 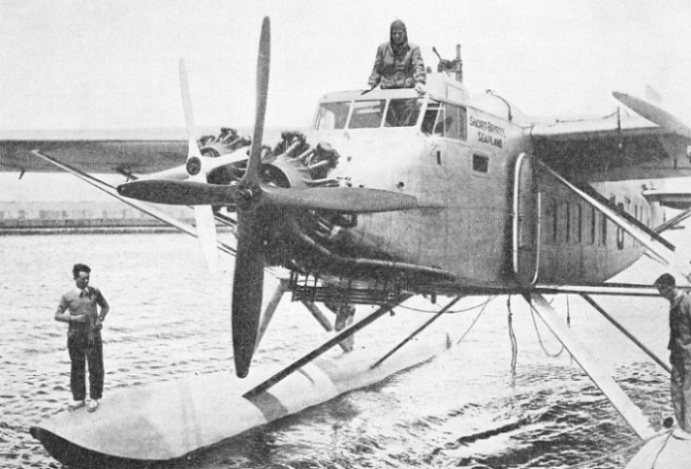 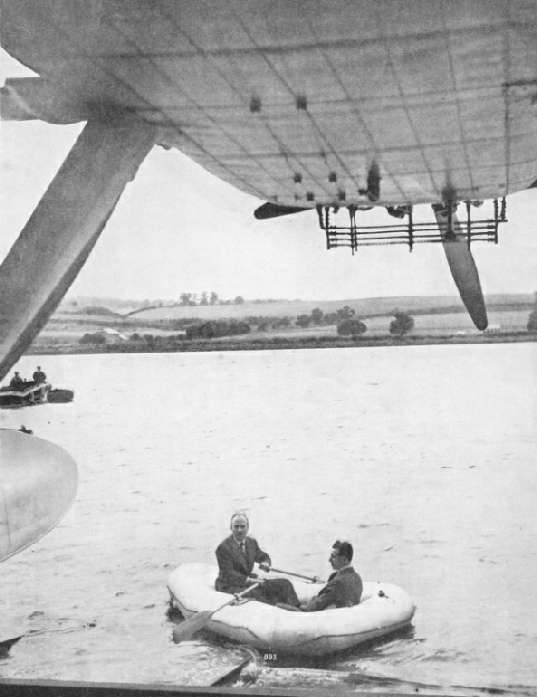 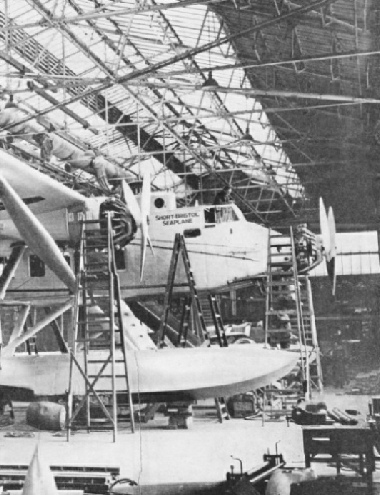 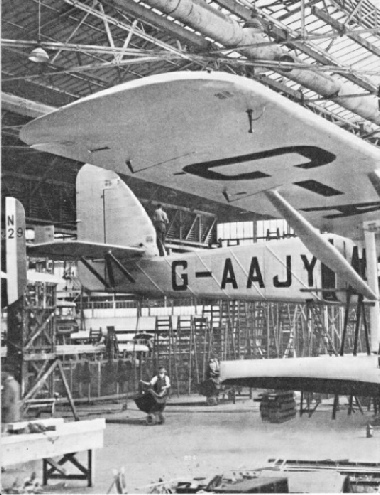 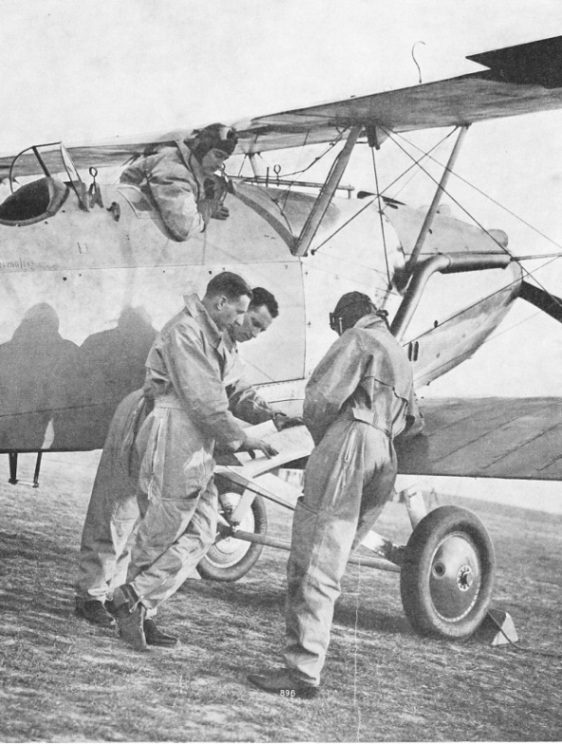 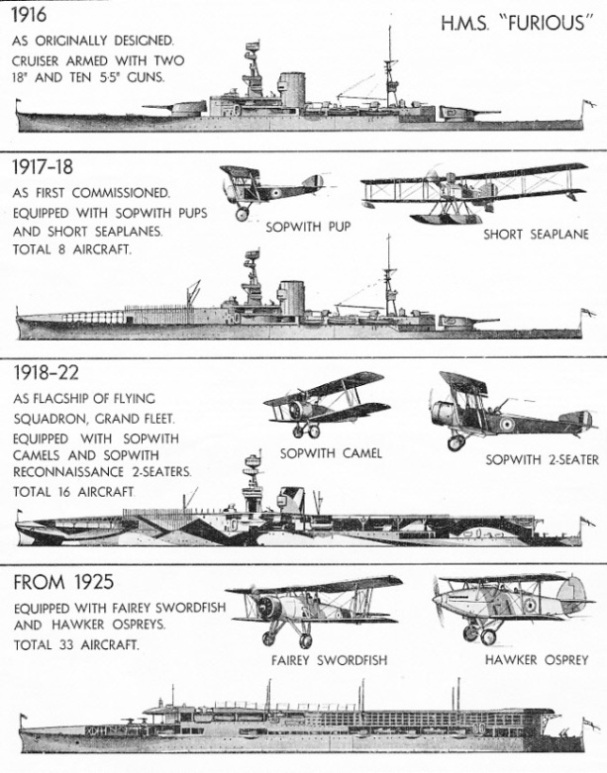 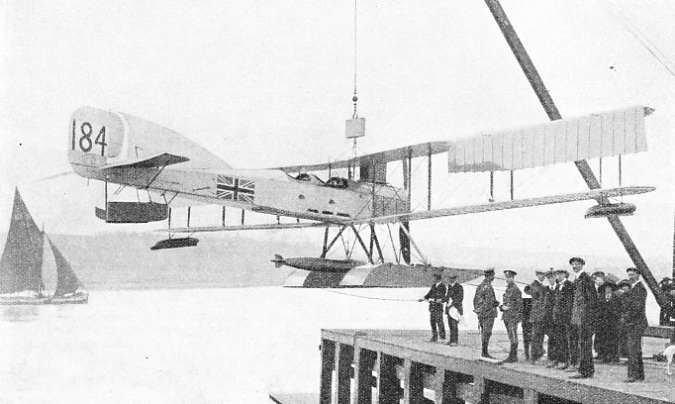 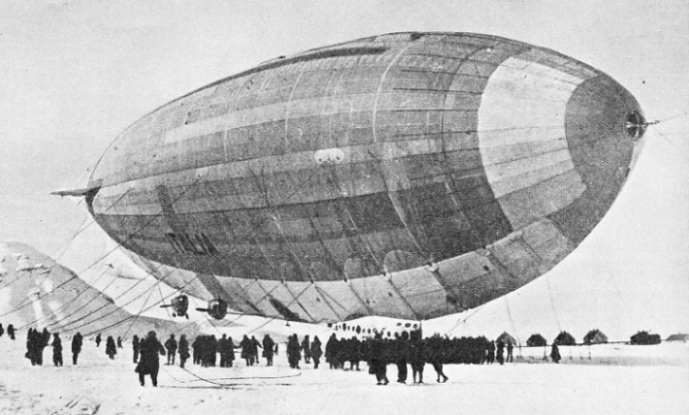