Part 9 of Wonders of World Aviation was published on Tuesday 3rd May 1938, price 7d.

This part included a central photogravure supplement showing aspects of ballooning. This section illustrates the article on the Romance of Ballooning.

Our cover illustration this week shows the Royal Envoy, G-AEXX, bought in 1937 by the Air Council for the King’s Flight. A standard Envoy with a specially arranged cabin, the aircraft is painted in the Guards colours and has silver wings. 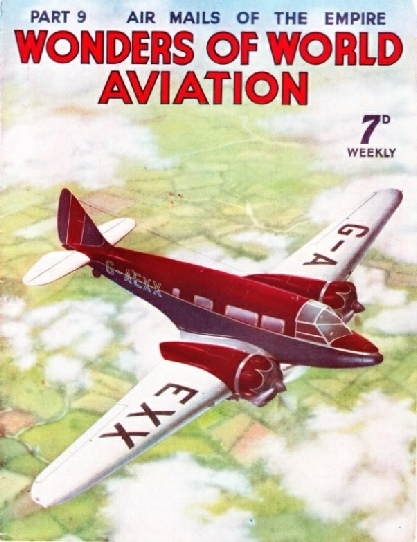 Air Mails of the Empire

Air Mails of the Empire

Fast and frequent services by air routes for correspondence overseas. The aeroplane and the flying boat have brought about a revolutionary change in world communications. Letters and postcards for most European countries and for certain Empire countries are now forwarded by air in ordinary course. Not only do letters now reach their destination far more quickly than in former days, but the service is much more frequent. This chapter is contributed by Sidney Howard.

BALLOONS INFLATED FOR THE GORDON BENNETT RACE in 1937. Before inflation is begun, a balloon is laid out on the ground beneath its net. The gas is forced through the neck at the bottom of the envelope, and as the envelope lifts, bags of ballast are removed sot that the procedure is unhampered.

ARMSTRONG WHITWORTH ENSIGN, built for carrying mails and passengers on those parts of the Empire air routes which are more suited to landplanes than seaplanes. The Ensign was designed to carry 7,200 lb of mail as well as passengers, and to have a top speed of 200 miles and hour, with a cruising sped of 160 miles an hour. The engines chosen were 880 horse-power, moderately supercharged Armstrong Siddeley Tiger IXs.

AFTER THE LANDING ON THE ICE, on July 14, 1897. The balloon was heavy with ice which formed on it after Andrée and his companions had passed through a fine drizzle. This picture is from one of the films found with the remains of the expedition. Some difficulty was experienced in developing the negatives after their thirty-three years on White Island.

The story of the first serious attempt to fly to the North Pole, by Salomon Andrée. Andrée’s flight was not a success; tragedy overtook him before its completion. This chapter is by

L H Thomas, and is concluded from part 8.

AT THE STAR OF A BALLON RACE from Dusseldorf, Germany, in 1937. Sixteen balloons took part in this race. Immediately before taking off a balloon is held on the ground by men round the basket, who release it at a signal given by the pilot when he is ready.

The fascinating developments of the simplest form of travel through the air. A balloon is a gas-filled or hot air-filled, engineless, spherical vessel which drifts with the wind. Ballooning resembles other forms of flying only in one thing: the balloonist travels above land or sea. In a balloon, there is no noise, no sense of speed, no vibration. The balloon goes align with the wind and is at all time relatively in calm. In this chapter Major C C Turner describes all aspects of ballooning.

PREPARING BALLOONS FOR FLIGHT IN A HIGH WIND at an air sports meeting at Munich, Germany. Balloons are filled with gas through the neck above the basket. The neck is then tied up in the manner seen in this picture. Before the balloon takes off the neck is untied so that gas may escape as the balloon rises. If this were not done, the pressure inside the balloon would increase to such an extent that it would probably split the envelope.

READY TO TEST INSTRUMENTS for use in the attempt on the world’s height record in 1935. On the left is Captain Orville A. Anderson, who, with Captain Albert W. Stevens, made a height record of 74,000 feet in a specially constructed United States stratosphere balloon. The balloon in which the instruments were tested was of ordinary type, and the instruments proved to be satisfactory for a stratosphere attempt.

You can read more on flights in the stratosphere in parts 1-2.

MAKING ADJUSTMENTS TO THE NET of a balloon before attaching the basket. It is important that the net should be evenly distributed over the envelope. The strength of the net may be gauge by the way in which this member of the balloon’s crew is clambering about on it. The numerous bags of ballast for holding down the balloon are seen at the bottom of this picture.

Manoeuvres which teach taxying, taking-off, approach to the aerodrome and landing. When his initial training in the air is completed and he has learnt how to turn an aeroplane, the flying pupil is ready to proceed with training in circuits. The circuit combines all that the pupil has already learnt and a great deal more besides. The circuit begins with taxying and ends with a landing; it is really a complete short flight. This chapter is by Arthur Clark and is the third article in the series Learning to Fly.

HANGARS AND AEROPLANES AS SEEN BY A PILOT whose machine is climbing after a take-off from Heston Airport, Middlesex. The aeroplane is to the right of the buildings because taking-off directly over obstacles is avoided as far as possible. Wind direction is indicated by a wind-stocking flying at the top of a short mast. On the ground to the right of the buildings is the special clock which is easily read by pilots in the air.

The Important Points of a Circuit

THE IMPORTANT POINTS OF A CIRCUIT are illustrated in this diagram. To emphasize these points, the size of the aeroplane has been exaggerated. Rules of the air require that the machine shall maintain a straight glide for at least 300 yards before reaching the boundary of the aerodrome. There is no objection to the final turn into wind being made at a greater distance than 300 yards.

The aeroplane as a key to commerce in the frozen North of Europe and Asia. Nearly half the territory of the Union of Soviet Socialist Republics lies north of the 62nd parallel, and this vast area is being developed with the aid of the aeroplane. This development is controlled by the Central Administration of the Northern Sea Route, which was founded in 1932. Dr Otto J. Schmidt, known in Russia as Commisar of the Ice, was made head of this administration. This chapter is written by Sidney Howard, and is concluded in part 10. 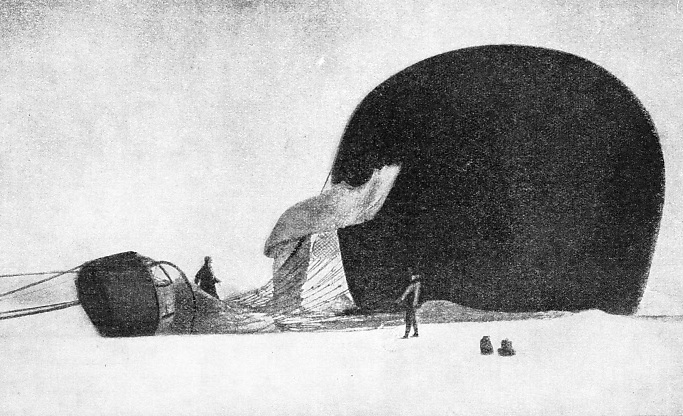 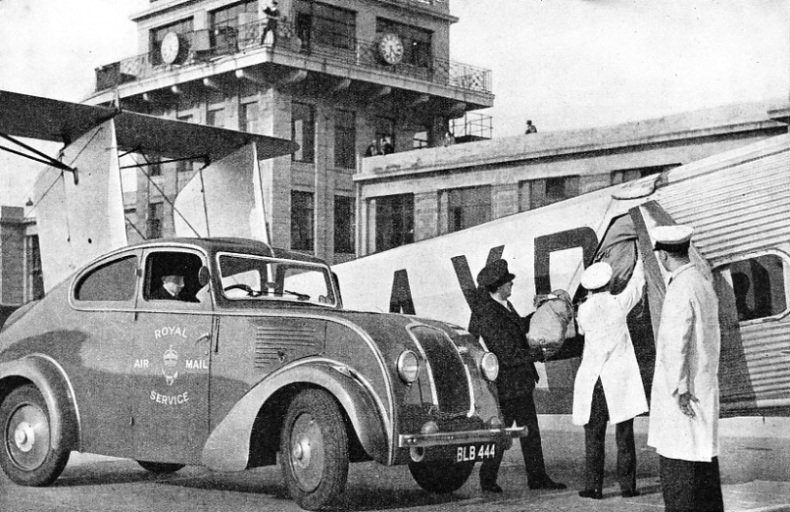 LOADING MAILS ON BOARD AN IMPERIAL AIRWAYS LINER at Croydon Airport. The mails are brought from London to the aerodrome in streamlined cars. These cars are painted blue, the colour chosen to distinguish air mail. Blue labels are used, where necessary, for affixing to air mail letters. Replies to correspondence may be received from distant countries in a few days by air mail, whereas the use of surface transport would require a lapse of several weeks before a letter was answered. 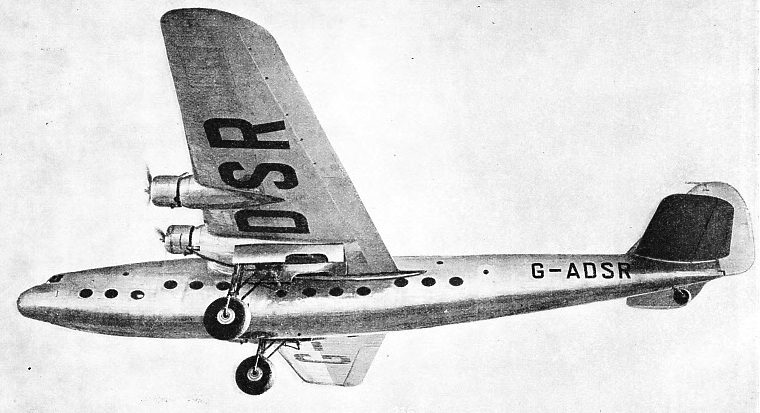 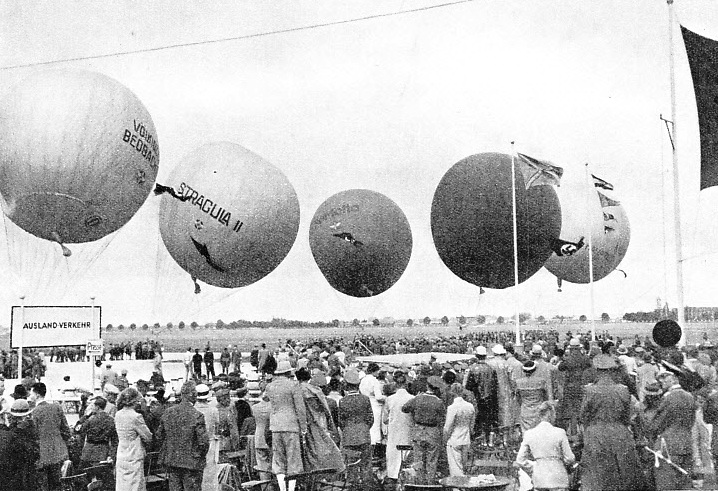 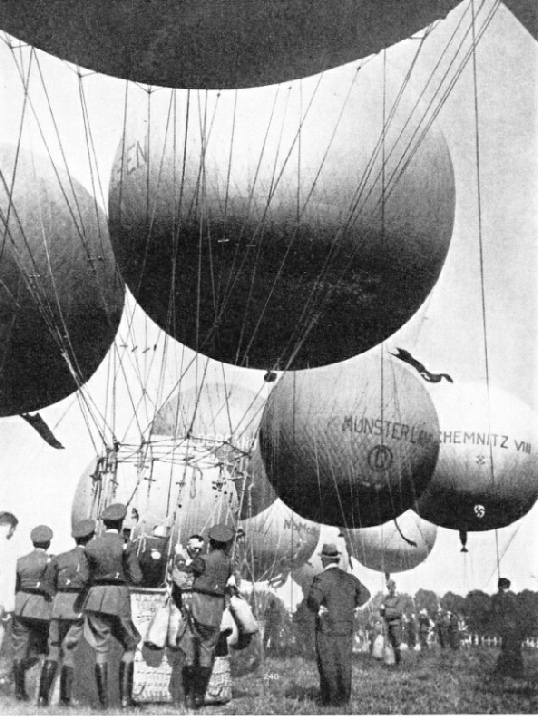 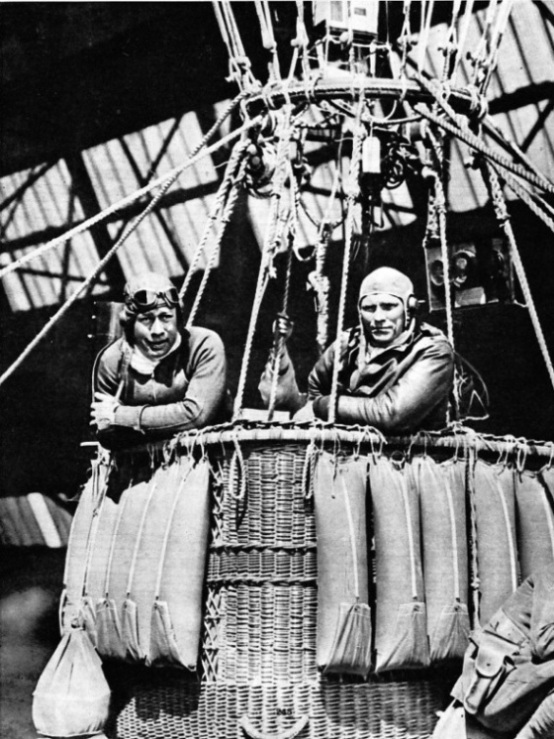 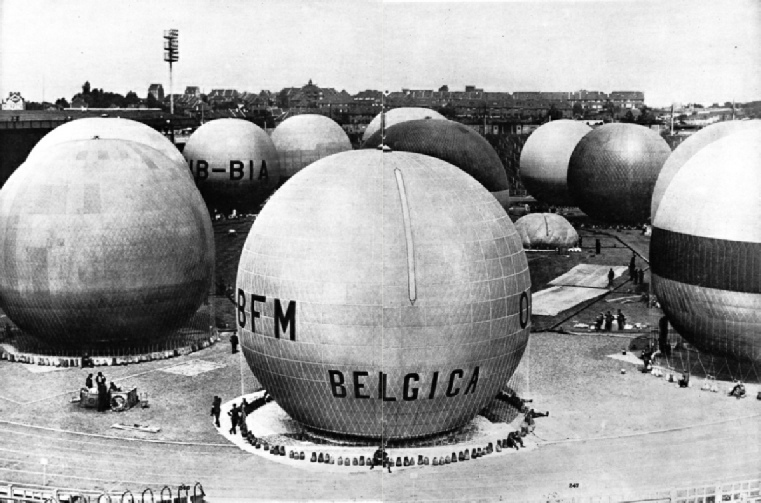 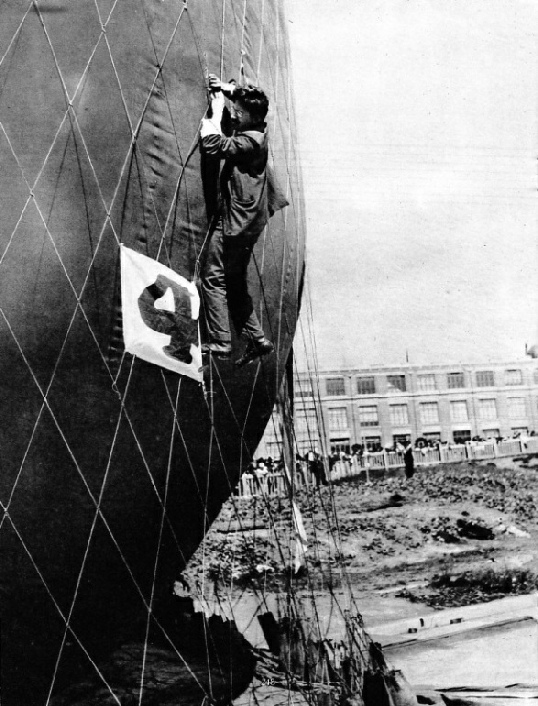 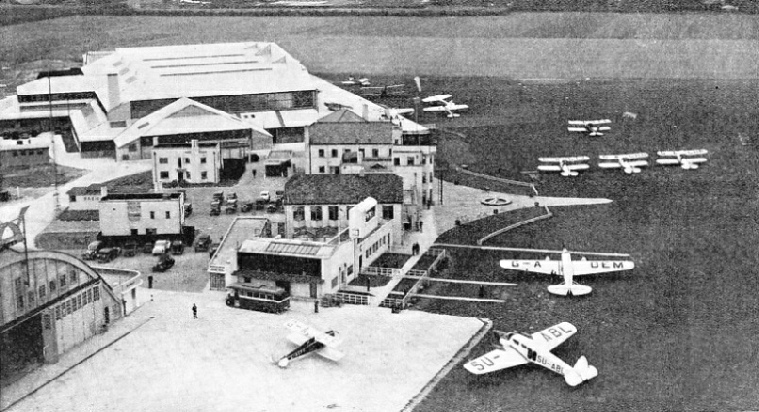 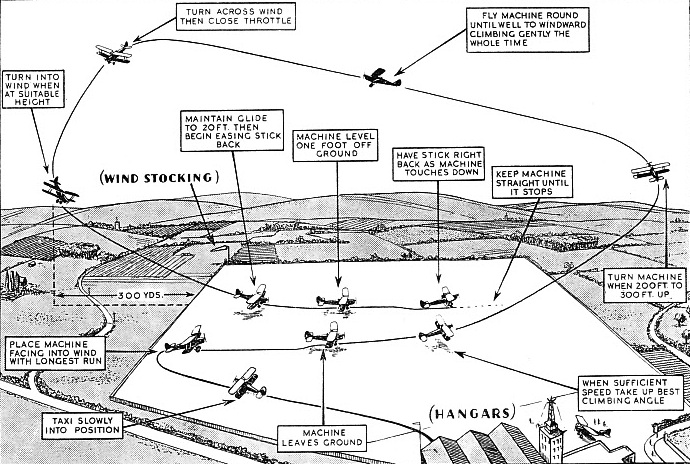 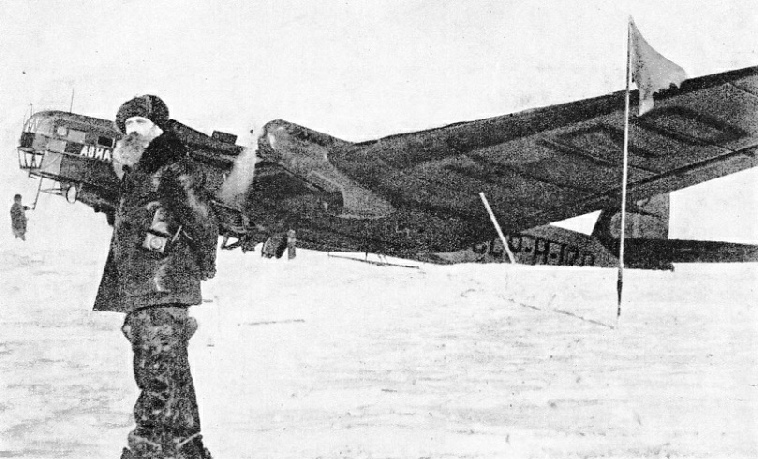 Twelve Miles From the North Pole

TWELVE MILES FROM THE NORTH POLE. At this spot the N-170 (shown above), the first of the aeroplanes of the Soviet North Polar Expedition, landed in 1937. Standing in the foreground is Dr Otto J Schmidt, leader of the expedition. Dr Schmidt was appointed head of the Central Administration of the Northern Sea Route, founded in 1932. He became known ain Russia as Commissar of the Ice.