This week’s cover shows a Walrus being catapulted from HMS Sheffield, while the vessel was under way. The Walrus is a single-engined amphibian, specially designed for fleet-spotting duties.

An article on Catapults for Aircraft appeared in Part 15 and Part 16. 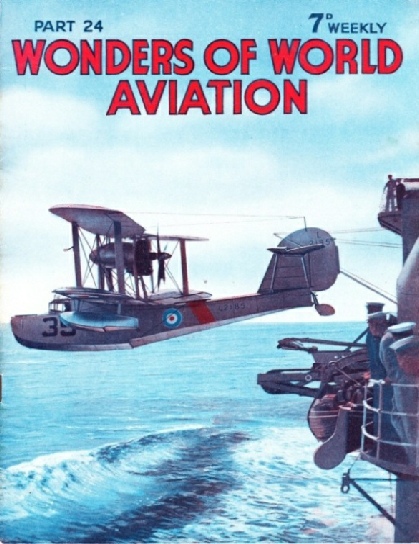 East of the Baltic

In this chapter, Captain J. A. Sinclair writes of the development of the kite balloon from its experimental days until now. The article is concluded from part 23. 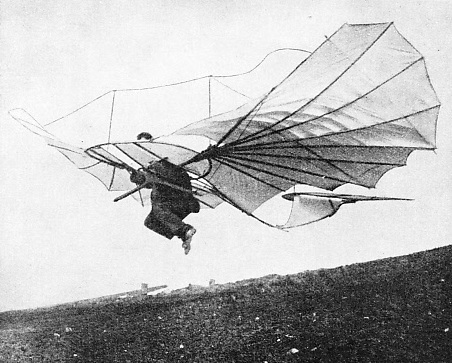 The story of Otto Lilienthal, who spent twenty-five years establishing a scientific basis for gliding. This chapter is by H. G. Castle and is the eleventh in the series on Makers of Air History.

ONE OF THE EARLY GLIDERS with which Otto Lilienthal made successful flights. To hold himself to the glider he passed his arms through padded tubes and gripped a cross-bar. During his gliding experiments Lilienthal used a springboard and an artificial hill to aid the launching of his gliders. The work of this engineer considerably assisted the aviators who in later years made flights in powered machines.

One of the most interesting and important training devices is the Link trainer, which is the result of many years’ attempts to produce a device to simulate on the ground the impressions of flying. An artificial spin in the Link trainer can be so realistic that the pilot becomes airsick and giddy; although the Link trainer is invaluable as an introduction to flying, its most important function is to teach instrument flying of an elementary or advanced nature.

In appearance the trainer resembles the general lines of an aeroplane. There are short wings and a tail unit on a single-seater fuselage, the cockpit of which can be completely closed by a hood. The wing span is about 7 feet and the length of the fuselage approximately 8 feet.

The inventor of the idea on which the Link trainer was based was Edwin C. Link, who was a flying instructor and an expert on the manufacture of automatic pianos. In its original form the trainer was used in amusement parks, but when instrument flying grew in importance the Link trainer was developed by its inventor with Casey Jones, an American racing pilot, and with other pilots and engineers. This chapter is contributed by Arthur Clark.

East of the Baltic

The air routes of Finland, about which Sidney Howard writes in this chapter, are an outstanding example of pioneer work which has led to a high degree of modern efficiency.

The internal air routes of Finland are being developed to open an aviation corridor to the Arctic Ocean, to link with the international routes that now end at Helsinki. Many climatic and topographical difficulties have been overcome by the Finns in their efforts to establish services connecting with neighbouring countries and to provide internal air services.

The severity of the winter in Finland, where temperatures of -22° Fahrenheit occur in the north, made it necessary for special heating devices to be fitted to aero engines so that they could be easily started. Streamlined skis were designed to offer as little as possible air resistance. The difficult climatic conditions were to some extent offset by

the number of lakes - there are said to be 63,000 lakes in Finland - and by the number of islands off the coast. The islands provide shelter from rough water in the summer, and the lakes provide smooth ice in winter. These natural landing grounds, however, necessitated seasonal alterations to the machines and were against the introduction of fast aeroplanes. When the importance of this had been fully realized, airports were built.

THE INTRICATE WORK INVOLVED in the installation of the electrical equipment is illustrated by this photograph of part of the wiring in a Short Empire Flying boat. When corners and right-angle bends have to be negotiated, care is taken to run the cables in an easy curve so that undue strain and the development of mechanical breaks are avoided.

THERE IS NO INHERENT STABILITY in the Link trainer. Once the cockpit cover is lowered, the pilot has to be guided entirely by the instruments in keeping the “aeroplane” level. Should the pilot allow the nose to point upwards too steeply, the instruments will indicate a stall and, unless the nose is lowered, the trainer will begin to revolve in a manner that feels to the occupant just like a spin.

THE PILOT IN THE LINK TRAINER is in communication with the instructor at the desk by means of a microphone and headphones similar to those he would use when flying an air liner. Special electrical apparatus enables the instructor to transmit signals which sound identical with those heard by the pilot when flying.

As befits the country which produced Leonardo da Vinci, who is regarded as the father of human flight, Italy's contribution to aviation has been particularly varied and vigorous. In this chapter, Sidney Howard, describes the various records of all kinds that have been made by Italian aviators throughout the history of aviation. The article is concluded in part 25.

A BALLOON BARRAGE SCHOOL has been formed by the Royal Air Force at Cardington, Bedfordshire. The photograph shows one of the numerous captive balloons designed for anti-aircraft aprons round London and other cities.

INTERFERENCE PRODUCED BY ENGINE IGNITION tends to reach the radio apparatus by induction from the various wires in the aeroplane. To reduce this induction to a minimum the cables are screened and the sparking plugs are hooded with metal covers which are bonded with the other metal parts of the aircraft. This photograph shows some of the wiring in the vicinity of one of the engines of the Ensign air liner being fitted into place.

An aeroplane of today may have four or more generators, two or more batteries, and half a dozen motors for the lifting and lowering of retractable undercarriages or the movement of gun turrets, flaps and trimmers. It may well have, as well, motors to drive petrol pumps or high-voltage generators for use with radio. In this chapter, contributed by Wing Commander G. W. Williamson, the maze of wiring and electrical accessories hidden by the smooth exterior of an aeroplane is fully described.

FOUR PRESSED GRAVEL RUNWAYS are incorporated in the landing area of the aerodrome at Helsinki. The aerodrome is seven miles north-east of the capital and was first used at the end of 1936. The runways are 875 yards long and part of each is tarred. Two separate blind approach radio beams are provided at right angles to each other to ensure a safe approach in all conditions.

PRESENT AND PROJECTED FINNISH AIR ROUTES. Helsinki is served by two international routes, one of which comes from Germany and Poland and reaches Helsinki via Tallinin. The other routes comes from Great Britain and Scandinavia through Stockholm and Turku, the Finnish port on the Gulf of Bothnia. 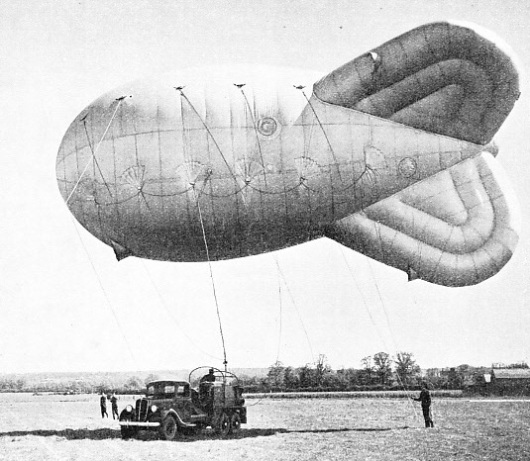 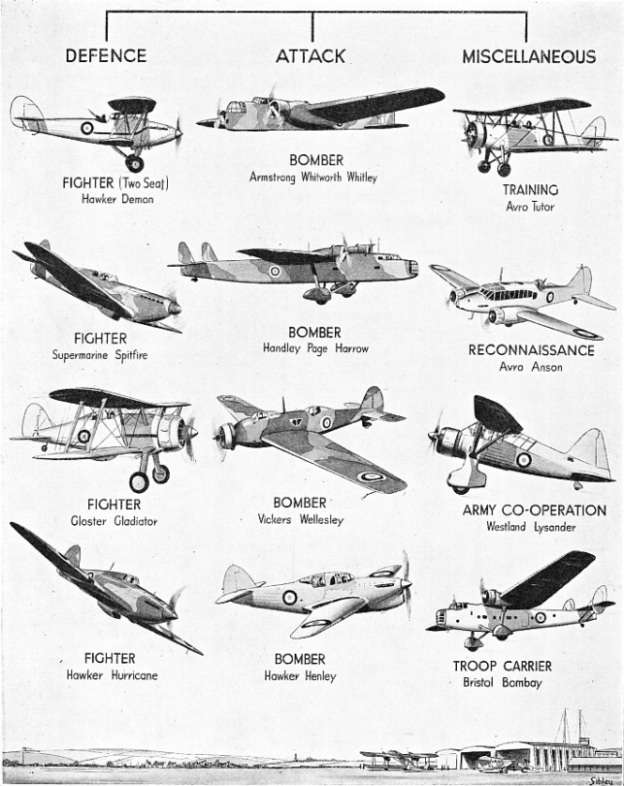 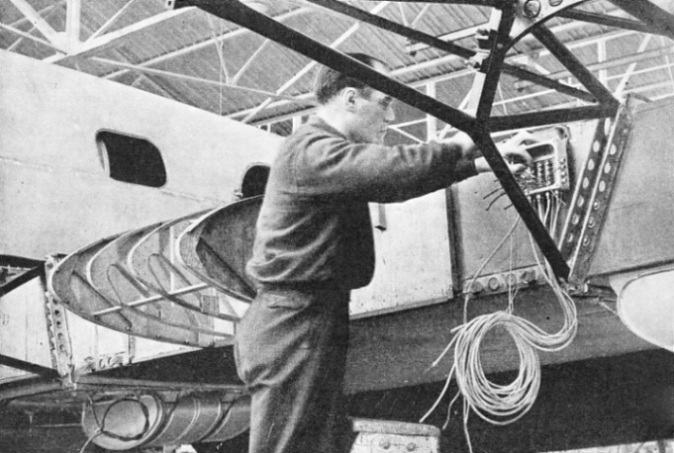 NO JOINTS ARE PERMITTED in the wiring of an aeroplane. Junction boxes are used in all instances where one connexion has to join another, the ends of the wires being held by terminals. The photograph shows one of the engine-control junction boxes on a De Havilland Albatross aircraft. The girder supports for the engine may be seen to the right of the junction box, running up from the wing. 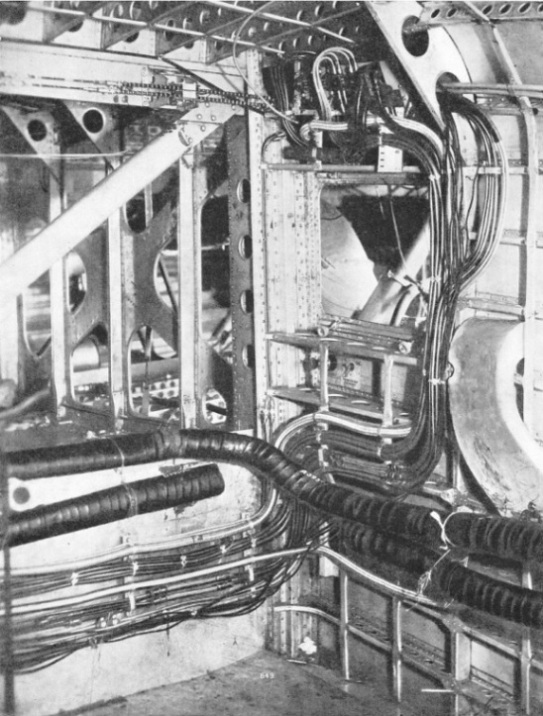 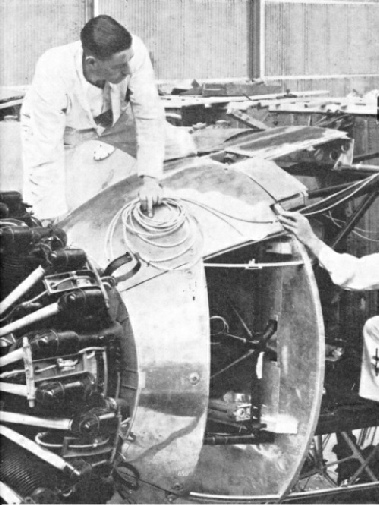 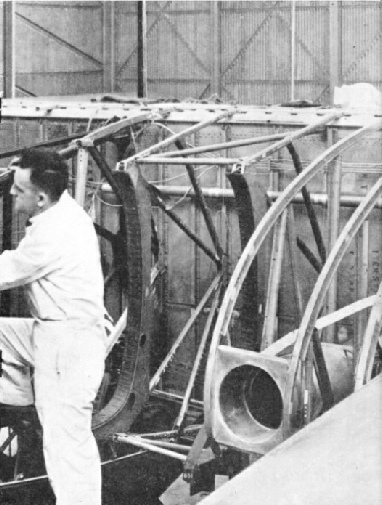 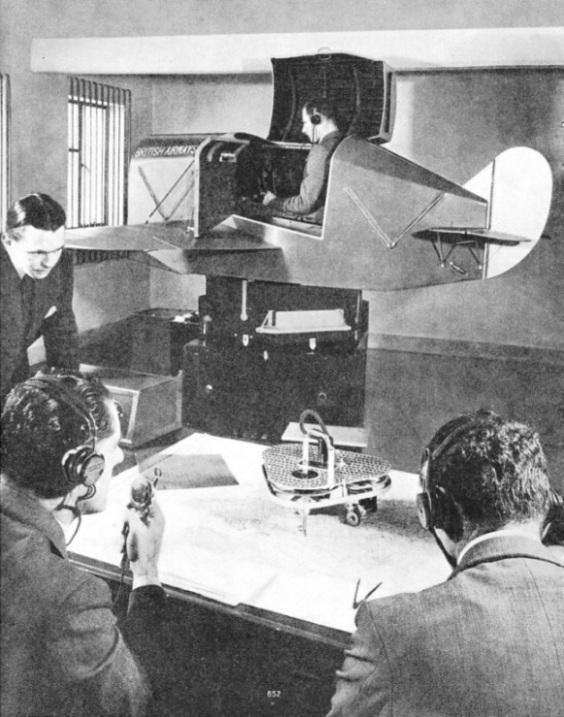 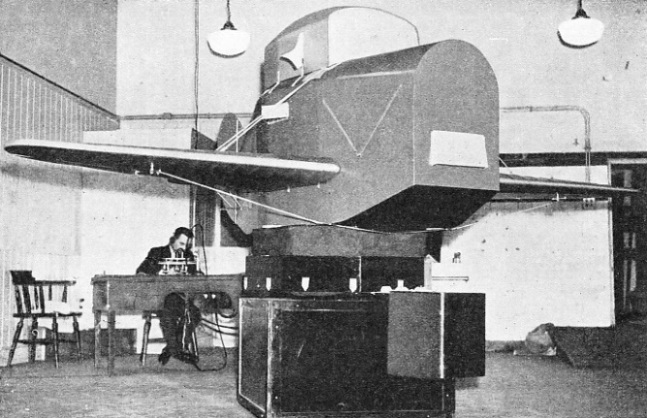 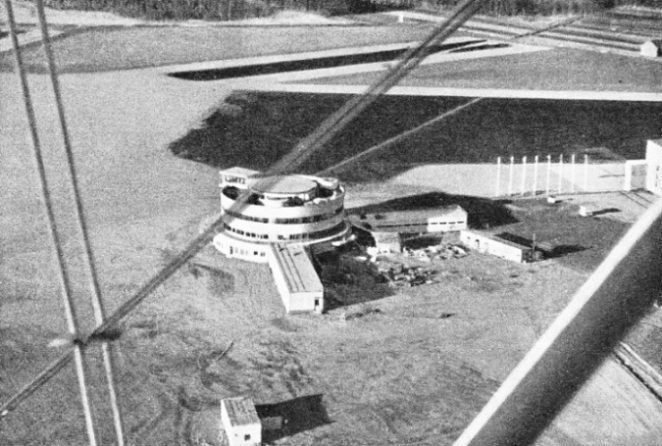 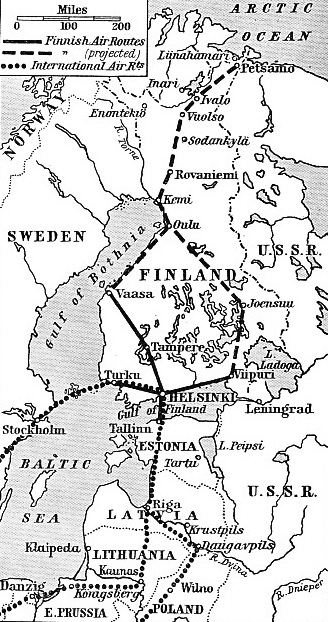